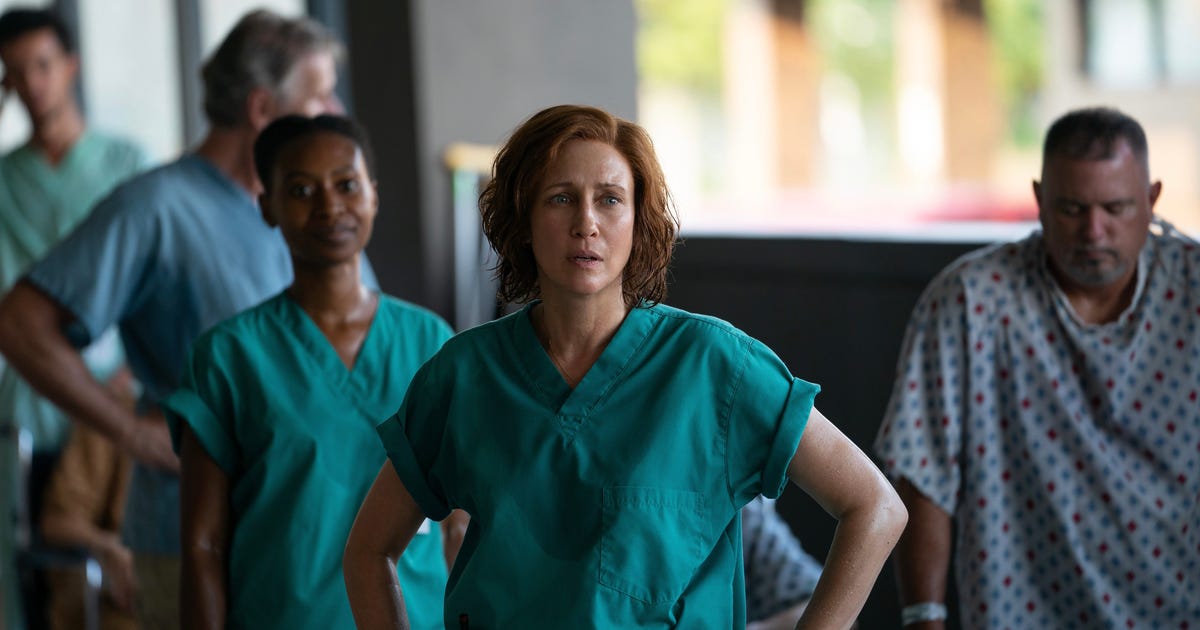 It’s an all too familiar question: What should I watch tonight?

Five Days at Memorial is an eight-episode drama about the impact of Hurricane Katrina on a New Orleans hospital. It adapts a non-fiction book by Pulitzer Prize-winning journalist Sheri Fink. The cast includes Vera Farmiga, who has played a paranormal investigator in the Conjuring movies. The final episode of Five Days at Memorial became available last week.

The miniseries is among the 2022 shows on Apple TV Plus with “generally favorable reviews” on CNET sister site Metacritic, a list that also includes Bad Sisters, Black Bird, The Essex Serpent and Shining Girls.

King, the writer of ubiquitously-known novels like The Shining, Carrie and Misery, often weighs in on streaming service offerings via Twitter. In September alone, he has also tweeted about Hulu’s The Patient and the Netflix titles I Came By and Devil in Ohio.

“Enjoying it so far,” King wrote of Devil in Ohio, “with one exception: Suzanne (a psychiatrist!) simply springing a traumatized, abused girl on her husband and daughters with no prior discussion or preparation strikes me as high-handed and tone deaf.”

Actress Emily Deschanel, who plays the psychiatrist in question, responded.

“Valid criticism! But it is based on/inspired by actual events,” Deschanel wrote. “My first job was in a Stephen king miniseries where I got to meet you as you did a cameo as the pizza delivery guy ! So lovely to have met you all those years ago and flattered you watched #DevilInOhio.”