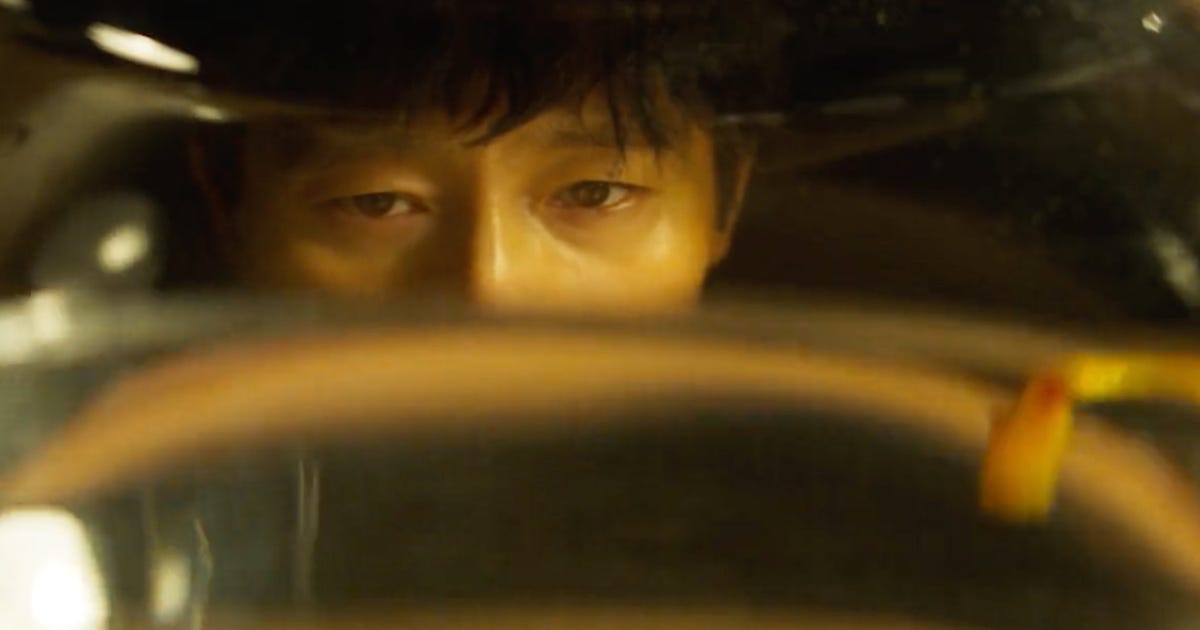 Squid Game fans got a weekend surprise on Friday night when Netflix dropped an unreleased scene from the first season of the wildly popular Korean show about a deadly tournament focused on children’s games. The clip closed out a half-hour presentation previewing Netflix’s Korean slate — the sneak peeks kicked off the streaming service’s second annual Tudum global fan event.

Saturday should bring lots more first looks, trailers and news from Tudum, including for Bridgerton spinoff Queen Charlotte, The Witcher, The Watcher, Enola Holmes 2 and Extraction 2.

Hwang Dong-hyuk, the show’s director, unveiled the footage after thanking fans around the world for driving the stratospheric success of Squid Game, which was watched for a ludicrous 2.1 billion hours on Netflix. As the clip played, fans lit up the live chat on Netflix’s YouTube channel with rows and rows of squid emoji.

The previously unreleased scene shows the main villain Front Man and… a goldfish? It’s difficult to ascribe any meaning or context to the footage, or what it means for season 2. Dong-hyuk called the scene a “small gift” for the millions of fans awaiting the show’s highly anticipated second season, which Netflix confirmed in June with a tweet reading “Red light… GREENLIGHT!” There’s no word yet on a start date.

Earlier this month, Squid Game made Emmys history when it became the first non-English-language show to win top Primetime Emmys. The show picked up two awards: Lee Jung-jae won a statue for lead actor in a drama series, and Dong-hyuk won for outstanding direction of a drama.