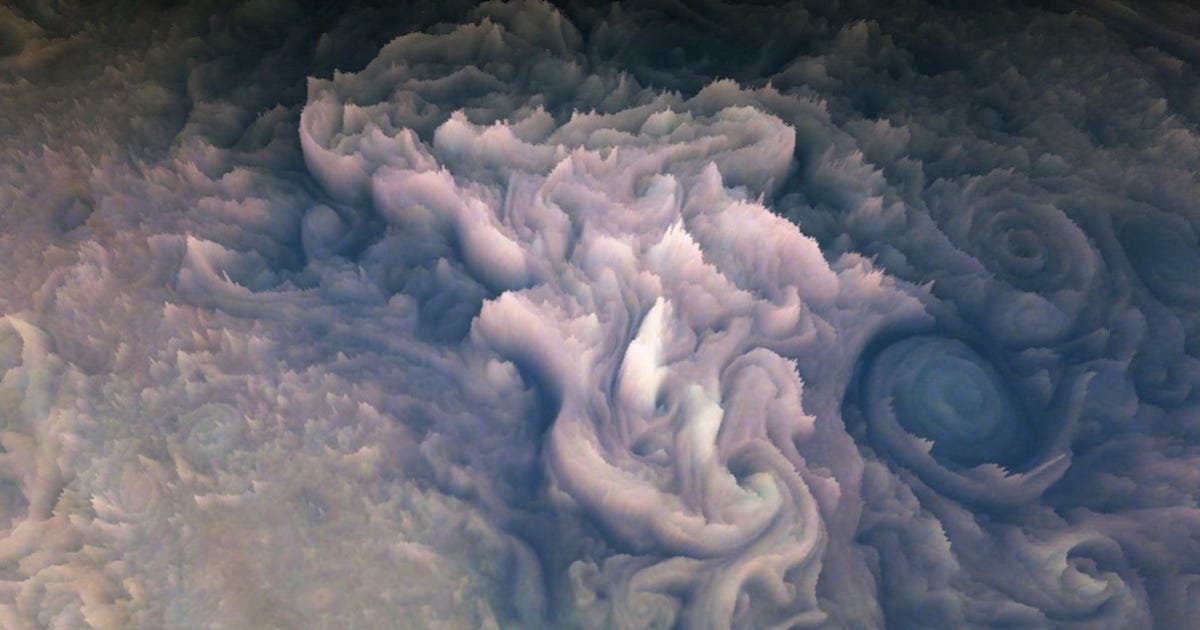 Jupiter’s a looker. The gas giant planet has swirling clouds, crazy storms and bands of color, but most of our views of it are flat. A team of scientists wanted to know what Jupiter’s wild clouds would look like with a sense of depth, so they created gorgeous 3D renders with the help of NASA’s Juno spacecraft.

Citizen scientist and space image processor extraordinaire Gerald Eichstadt led the animation project, which relied on data from the spacecraft’s JunoCam, a camera that’s delivered a buffet of gorgeous Jupiter views since the mission arrived in orbit at the gas giant in 2016.

The researchers used JunoCam data to build digital elevation maps of cloud tops, leading to stunning images and an animation that make it feel like the “frosted cupcake” clouds are popping out of the screen.

“The Juno mission provides us with an opportunity to observe Jupiter in a way which is essentially inaccessible by Earth-based telescopic observations. We can look at the same cloud features from very different angles within only a few minutes,” Eichstadt said in a Europlanet statement on Wednesday. Eichstadt presented the results of the project at the Europlanet Science Congress meeting this week.

This is about more than just pretty pictures. The team says the digital models could also help scientists refine their understanding of the chemical composition of the clouds.

The video helps us think of Jupiter as not just a smooth marble hanging against the darkness of space, but as a planet with layers and depth.