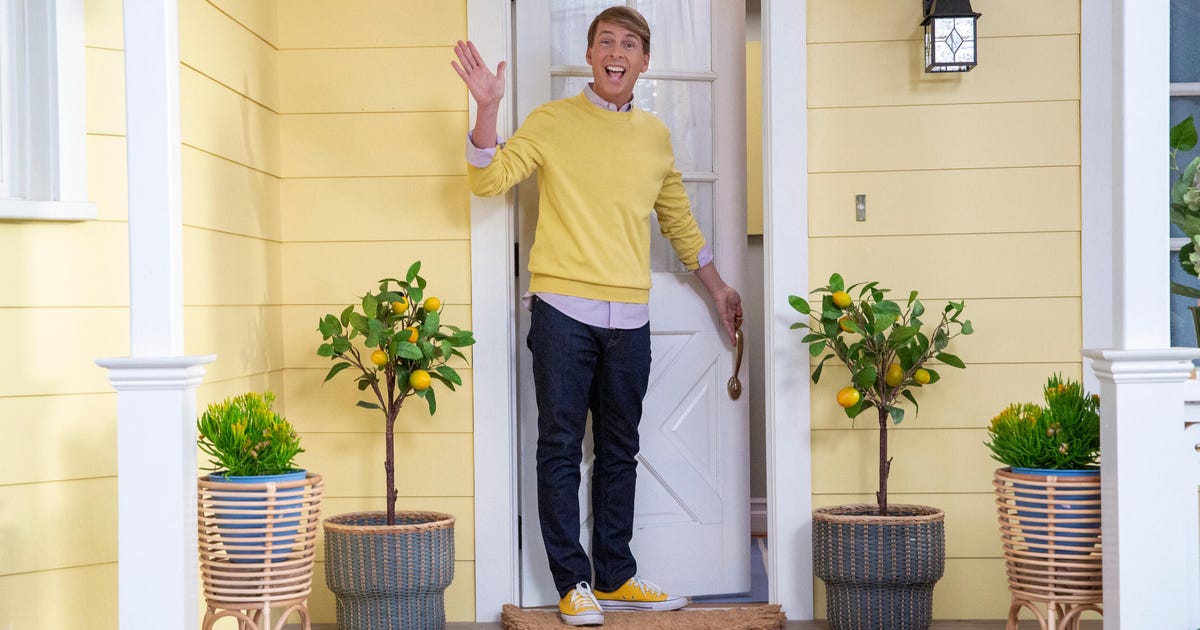 This story is part of I’m So Obsessed (subscribe here), our podcast featuring interviews with actors, artists, celebrities and creative types about their work, career and current obsessions.

Jack McBrayer is a comic and two-time Emmy nominated actor who you know best as Kenneth the page from the series 30 Rock. He’s been in numerous films and shows, like Late Night With Conan O’Brien, Wreck-It Ralph, Phineas and Ferb, and Wander Over Wonder. McBrayer’s latest project is the Apple TV Plus series Hello, Jack! The Kindness Show. It’s aimed at preschoolers and takes place in Clover Grove, where McBrayer plays Jack, one of the town’s most thoughtful and caring residents, who greets everyone with kindness and humor. His mission is to spread compassion and creativity and inspire others to do the same.

Season 1 of the series is already out, but McBrayer and his Clover Grove denizens are back with an all-new special and four original shorts scheduled to premiere June 24 on Apple TV Plus.

McBrayer was on CNET’s I’m So Obsessed podcast to discuss the series and what he and Daytime Emmy Award winner Angela C. Santomero (Blue’s Clues, Daniel Tiger’s Neighborhood) set out to do with the show.

“Anytime you watch the news, people treat each other with a lack of compassion and a lack of kindness. And I thought about when we start learning those lessons as human beings, and that’s our formative years,” said McBrayer. “At least I had shows like Mr. Rogers’ Neighborhood when I was growing up. And then I was like, ‘Jack, come on, let’s revitalize that energy and show preschoolers that it’s fun to be kind. And it’s easy to be kind. And it doesn’t take a huge amount of effort.”

During our interview, McBrayer discusses his legacy as Kenneth the page, his obsession with hummingbirds and the time he and Triumph the Insult Comic Dog went to the Wiener’s Circle in Chicago, which is famous for its employees who are hostile toward customers.

“The Wiener’s Circle is a famous hotdog stand in Chicago, and I’ve lived in Chicago for years and years. Conan was able to make that connection. So they sent me with Robert Smigel and Triumph. We knew it was gonna get rowdy, but also it doesn’t get rowdy until the bars start closing,” said McBrayer. “I was there for nine hours. And I got to say that by the end of the night, I felt safer being behind the counter with the employees than I did out there with the drunk customers.”

You can watch Hello, Jack! The Kindness Show on Apple TV Plus. Subscribe to I’m So Obsessed on your favorite podcast app. In each episode, Connie Guglielmo or I catch up with an artist, actor or creator to learn about work, career and current obsessions.