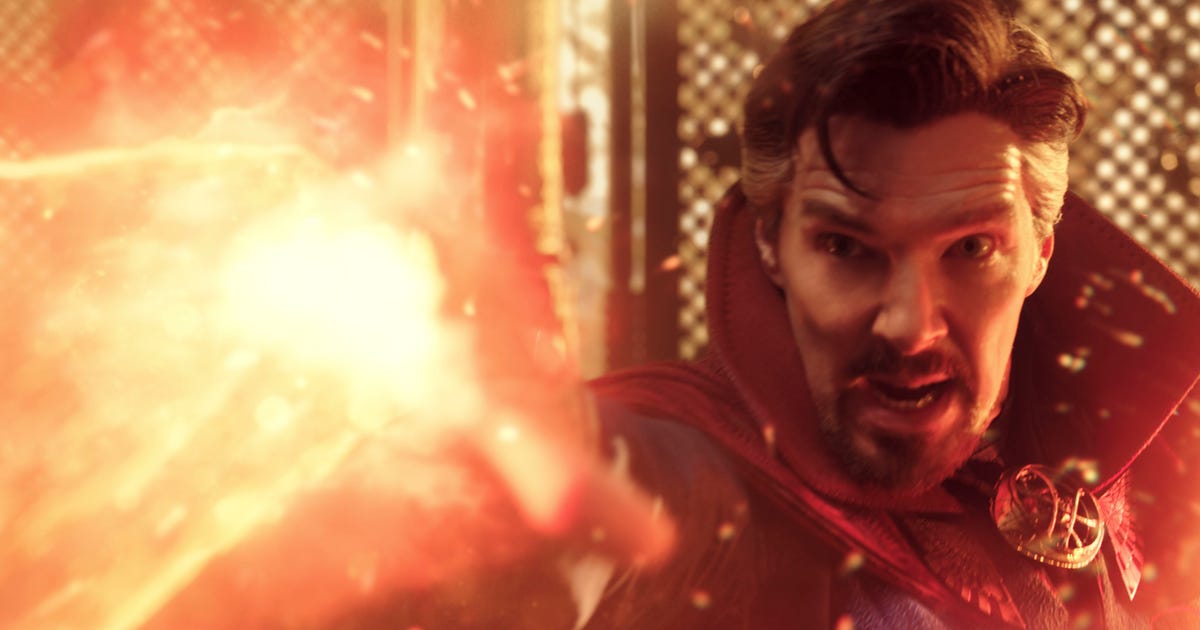 After more than a decade and dozens of movies and TV shows, the last thing Marvel needs is to get more complicated. And yet Doctor Strange in the Multiverse of Madness, in theaters now, whips up a headache-inducing melange of backstory you may or may not remember, multiple genres and tones, a bunch of new characters — and even alternate versions of existing ones. Is this the flick where Marvel starts to lose its audience?

No, obviously. In the hands of director Sam Raimi, Multiverse of Madness is a marvelously assured balancing act of bizarre weirdness and affecting human drama (and a huge box office hit).

I have to admit I had doubts about the first Doctor Strange movie in 2016. Detractors were already talking about superhero fatigue, and I wondered if Marvel’s unprecedented streak was facing a collapse, caused by this lesser-known comics conjurer in his wacky cape (sorry, cloak). But Marvel’s magic held up, and audiences turned out for the franchise’s typical mix of quips and eye-popping visual effects, even if the actual film was a distinctly average origin story. It must have been reassuring for the folks at Marvel and their overlords at Disney to know we’d go with them if they pushed into the weirder corners of comics canon. It can’t hurt that the Marvel formula also includes a likable leading man, played in this case by Benedict Cumberbatch.

And so here we are, with Doctor Strange 2, the strangest Marvel movie yet. We open with a ponytailed Cumberbatch outrunning a fire demon in a CG-psychedelic cosmic realm, before moving on to different universes in an adventure that includes mystical mountain fortresses, evil versions of your favorite characters, a magical musical duel and people made of paint.

Marshaling the madness is director Raimi. He began his career with the zingy Evil Dead series and delighted horror fans with shocker Drag Me to Hell, but also oversaw the trilogy of pre-MCU Spider-Man movies with Tobey Maguire. In fact, for Multiverse of Madness he taps both his horror and superhero experience: The early stretches of the film could be drawn from a 1960s comic as a monster threatens a woman pushing a pram on a colorful New York street. But as the film progresses, it ramps up the horror. The villain’s monstrous power is signaled by jump scares and sinister horror movie flourishes, building to the most macabre final battle you’re likely to see in a family-friendly blockbuster (here’s what you need to know about whether you can take your kids to see it).

Superhero films have become unnervingly intense over the years, notably in this year’s The Batman. But where that serial killer chiller cultivated a grim atmosphere of relentless dread, Multiverse of Madness is a much more entertaining brand of horror. Long-time Raimi fans will recognize familiar elements including cursed books, the camera punching in on slamming doors and other stylistic techniques.

But the horror genre touches are only window dressing compared to the emotional driving force of the narrative, which is grounded in a relatable human story. Marvel’s villains don’t always measure up, but this flick solves that problem by simply presenting the good guys with impossible choices and then enjoying the fallout when they fall out.

The last time we saw Dr. Stephen Strange, he was casually rearranging the fabric of reality so Peter Parker could again enjoy a quiet life in Spider-Man: No Way Home. But his spell accidentally ushered in a new chapter of Marvel blockbusters driven by parallel universes spilling into each other. This is just as complicated for fans as it is for the characters, as films and TV shows dizzyingly cross over. As well as following on from No Way Home, Multiverse of Madness takes the familiar MCU whirl of multimedia continuity to new levels: there’s the inevitable post-credits scene setting up the next film and even some cross-brand synergy in the form of an Avatar 2 trailer playing before your screening. It also references the events of two Disney Plus TV shows: Loki set up the multiverse, while in WandaVision, Elizabeth Olsen’s Wanda trapped a town in a sitcom and had magic babies, or something?

Fortunately you don’t need an intimate recall of either show to follow the action in Multiverse of Madness. The film wears its continuity lightly, using the multiverse concept to go large with cameos and twists on Marvel lore that will no doubt draw whoops of delight in packed theaters. But these fun moments don’t outstay their welcome.

This film knows it needs to actually present a human dilemma rather than just using alternate realities as a gimmick. Parallel universes have to be more than sandboxes full of fan-pleasing variants of our heroes. I mean, yes, they are that, and Multiverse of Madness has fun showing stuff which couldn’t happen in our main reality. But primarily it uses the multiverse as a lens to explore choice and possibility, fantasy and regret, taking the idea of being your best self and making it literal. It’s no coincidence that in the midst of the CG spectacle, the final blow is struck in the most everyday circumstances.

Elizabeth Olsen is the standout as the super-sorceress Wanda, continuing her journey from WandaVision. When her powers are unleashed she’s a terrifying force, but she’s still a sympathetic and even tragic figure.

Cumberbatch is watchable as the familiar, charming asshole, but considering he’s the one with his name in the title, Strange is far from the most interesting character. His relationship with Rachel McAdams’ Christine Palmer seems like something we’re meant to care about, but their dynamic is pretty inert compared to what’s going on with everyone around them.

Newcomer to the MCU Xochitl Gomez plays plucky America Chavez, a comic book character also known as Miss America who has the ability to kick holes in the multiverse. Gomez brings a lively spark to the film, even if her underused character retreads No Way Home’s running joke about Strange being grumpy with wide-eyed teenagers. Among the rest of the cast, Benedict Wong remains one of the MCU’s most charming secondary characters. And even with limited time, Chiwetel Ejiofor’s returning friend-turned-foe Mordo feels like he’s got some actual emotional turmoil going on.

Even if the nominal hero of the film feels a little lost, a strong central chase keeps the narrative moving and the mix of adventure, horror and action is balanced with a swagger worthy of cocky superhero Doctor Strange himself. Marvel’s winning formula may be a formula, but this injection of weirdness keeps it feeling fresh. What doesn’t kill a franchise only makes it stranger.