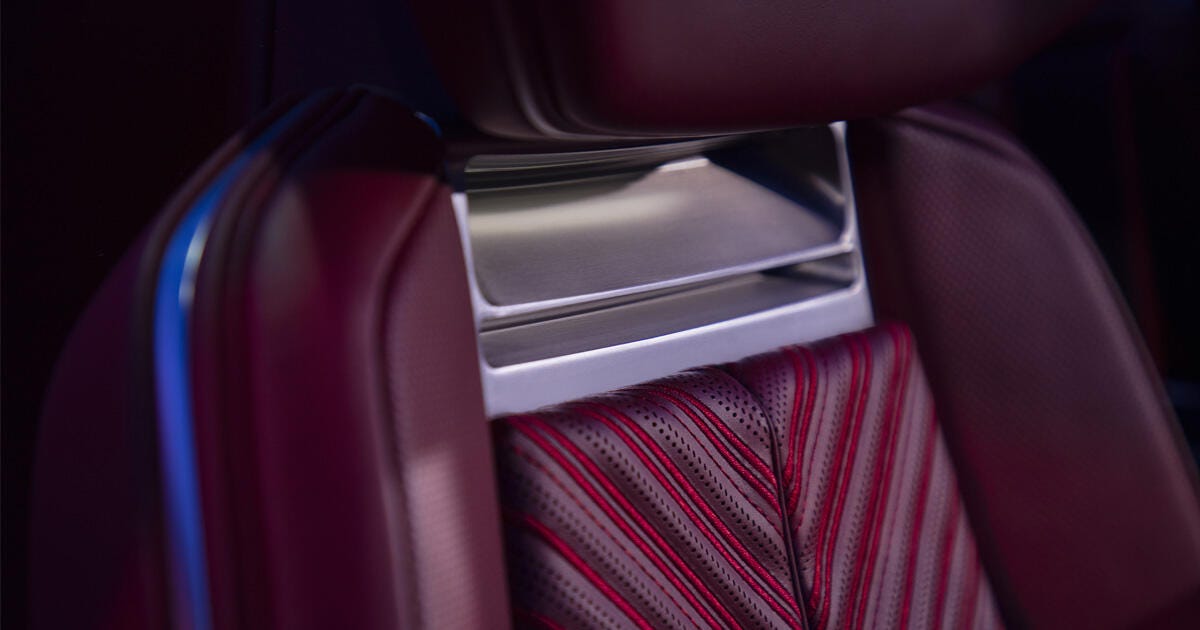 Two weeks ago, Cadillac published some teasers for its upcoming Celestiq show car, which will preview a hand-built production model. The first few images helped highlight the exterior’s presence and its focus on integrating historical elements from Cadillacs of yore. Now, it’s time to take a peek inside this upcoming electric sedan.

Cadillac on Wednesday published a new series of teasers that preview the Celestiq’s interior, and boy howdy, there are some seriously impressive details throughout the cabin. The seats have some striking aesthetics, with vibrant ribbons of stitching laid diagonally over perforated leather. There also appear to be some real metal elements near the headrest, in addition to a strip of LEDs separating the front and rear halves.

The center console also looks mighty impressive, with piano-black trim surrounding more red leather and metal. There’s a dial behind it, which could be for the infotainment system, but at this juncture it’s anybody’s guess. Small details abound, as well. The speaker grilles incorporate what appears to be laser-cut holes embedded inside creases in the metal. Even the seat switches look properly fancy, with knurling on the controls and some impressive lighting wrapped around the whole shebang.

In its press release, Cadillac said it wants the Celestiq’s aesthetics to “reflect a holistic vision of what American luxury can be.” Given the serious attention to detail we’ve seen in both the interior and exterior teasers, the latter of which integrates hood ornament designs from the 1930s, it looks like Cadillac isn’t sparing any expense on this one.

We’ll get a full look at the Celestiq… eventually. Cadillac hasn’t really given up the details on the show car’s release, but we’re assuming it will take a bow in either later this summer or early this fall. It will be manufactured in Michigan, where GM is investing $81 million to make it happen. This electric sedan will ride on GM’s Ultium platform, which also underpins the Lyriq SUV. It will also pack Ultra Cruise, an upgraded version of GM’s Super Cruise driver aid that will permits hands-free operation on city streets and other nonhighway roads.